From WikiChristian
Jump to navigation Jump to search

My name is Gallifreyisgreater, I am 15 years old and I became a Christian a few years back. I was born into a Christian family and that help influence my decision to become although my parents did not want a baptism for me when I was very young because they felt that it should be my decision. My sister (who is four years younger than me) became a Christian before me when she was six years old and my brother (Skittles the hog) became a Christian after me. I have prayed the prayer to become a Chrstian many times and I am fairly weak in my beliefs and I thought joining this wiki might strengthen them. I am going to be confirmed soon and baptised at the same time. I also attended a fortnightly prayer meeting at my church on Thursdays. I currently go to Christ Church in Aughton, Lancashire which is a Church of England, although I just class myself as a Christian. My parents are not extreme Christians. Thanks for having me on board.--Gallifreyisgreater 12:32, 3 May 2008 (UTC) 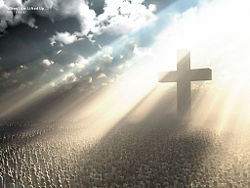 A replica of the cross of Christ 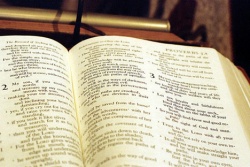 Articles I have created